Bulgaria’s first higher education school of commerce, the future University of Economics – Varna, was founded as a result of the ever growing need for training in economics, triggered by the industrial and cultural boom of the 1900s. Varna had already been recognised as a major commercial hub in Bulgaria at the turn of the century when in 1911 the Varna Chamber of Commerce and Industry managers began discussing the establishment of such a school, with the actual decision taken at the Chamber’s 21st session in 1914. Though funding had been allocated, the establishment of the future university was delayed by the outbreak of the First World War.

Following a decision taken at the Chamber’s 25th session, this university opened on 14 May 1920, ushering in Bulgaria’s higher economic education. On 28 Sep 1920, the launch of Bulgaria’s first Higher School of Commerce was formally authorised by the Minister of Commerce, Industry and Labour, thus effectively creating the second Bulgarian university. Sofia University, established earlier, did not provide any training in economics.

The university management was entrusted to a Supreme School Council. In the autumn of 1921, classes were inaugurated with the blessing of Simeon, the Bishop of Varna, and with an address by King Boris III, who attended the ceremony in person along with members of the Chamber, bankers, traders and captains of the industry.

The first Rector of the Higher School of Commerce was Prof. Tsani Kaliandzhiev, the driving force behind the school’s establishment. He was born in Liaskovets in 1866, went to school in Varna, studied technical chemistry in Moscow’s Imperial School and graduated from the University of Zurich. He lived in the USA for five years working there as a chemist in a chemical factory. He returned to Bulgaria in 1896 to teach chemistry in Svishtov and Sofia. He was also a chemist at the Ministry of Commerce and the Public Health Care Department. In 1904 Tsani Kaliandzhiev was invited by the Varna Chamber of Commerce and Industry to help establish a local secondary school of commerce, and then a higher education school of commerce. He was commissioned by the Chamber of Commerce to research European academic traditions and recruit faculty members.

The first professors at the Higher School of Commerce were creative individuals, intellectuals who became ambassadors between the European cultural space and the emerging Bulgarian cultural and academic elite. The professors held degrees from Russia, Paris, Budapest; they had specialised in Berlin, Leipzig, Munich, Vienna, Padua, Geneva, and Prague.

The first regulations, curricula and syllabuses of the Higher School of Commerce followed the example set by the Berlin Higher School of Commerce, considered the most modern European school at the time. Regulations stipulated that the school objective was to train teachers for secondary schools of commerce and offer post-graduate studies to accounting auditors. Until 1936 the university trained general economists to work as accountants,  financial and trade specialists.  Then two majors were established – private and national economics that existed until 1949.

As part of the tradition of most European schools of economics, the Higher School of Commerce offered two years of training until 1925, from 1925 to 1937 it provided three years of education, and after 1937 students enjoyed four years of training.

Over the years the Alma Mater of Varna has changed its name on a number of occasions. Until 1938 it was called Higher School of Commerce, often referred to as the Academy of Commerce. From 1938 to 1945 it was Higher School of Economic and Social Sciences; from 1945 to 1953 it was called St. Cyril of Bulgaria State University of Varna. From 1953 to 1963 it was called Higher Institute of National Economy. From 1963 to 1990 the Institute was named after Dimitar Blagoev. In 1990 the higher school was rebranded as University of Economics – Varna, following a decision of its General Assembly, formally recognised by the National Parliament in 1995. 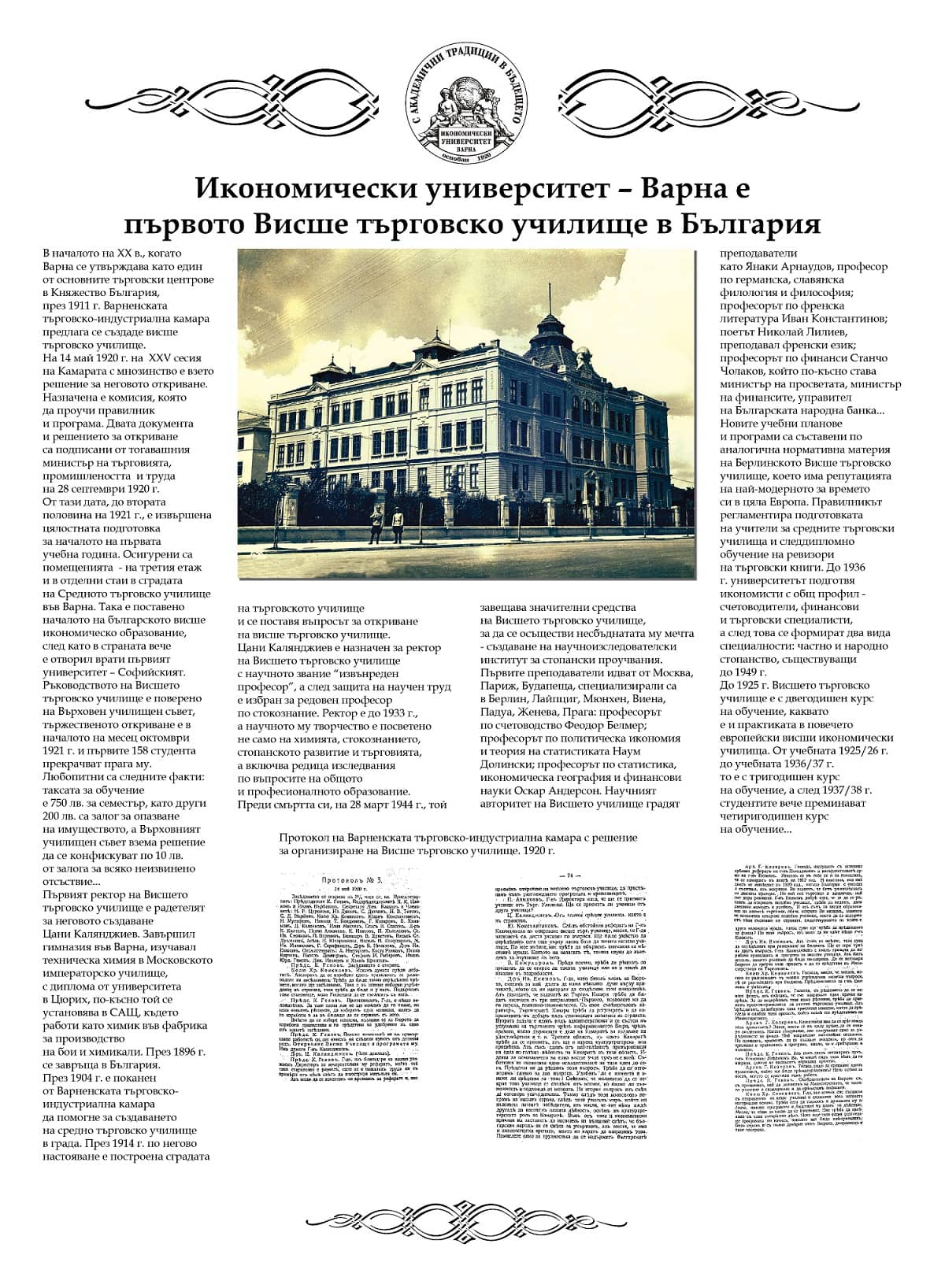 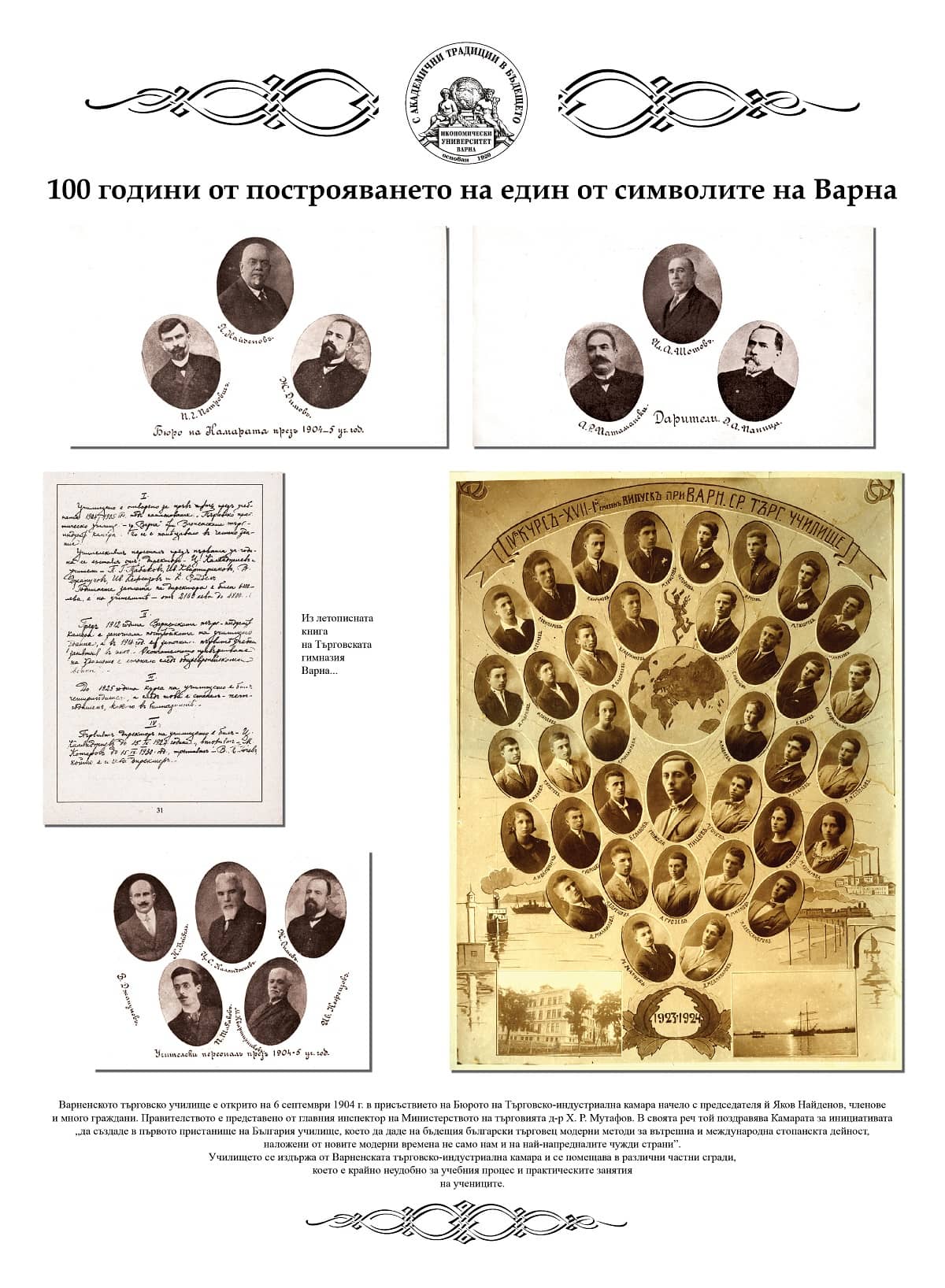 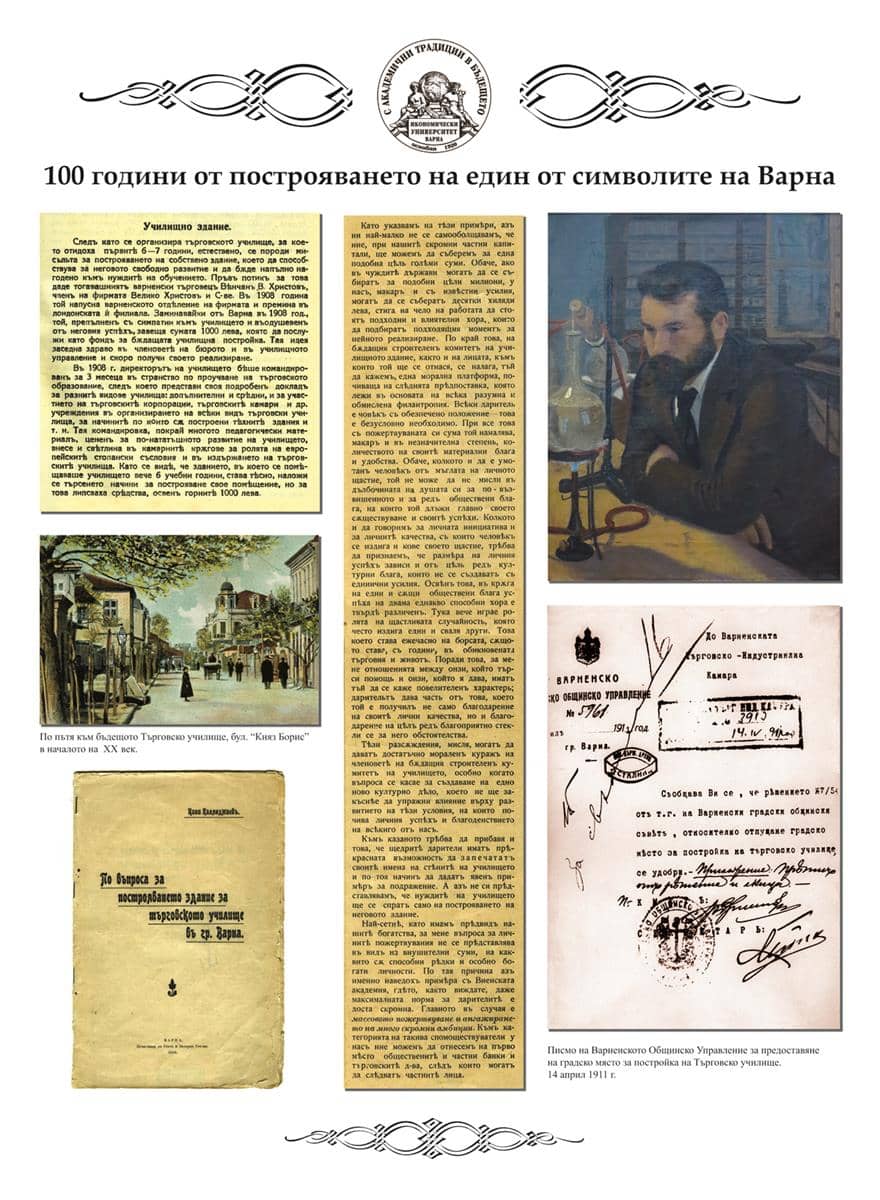 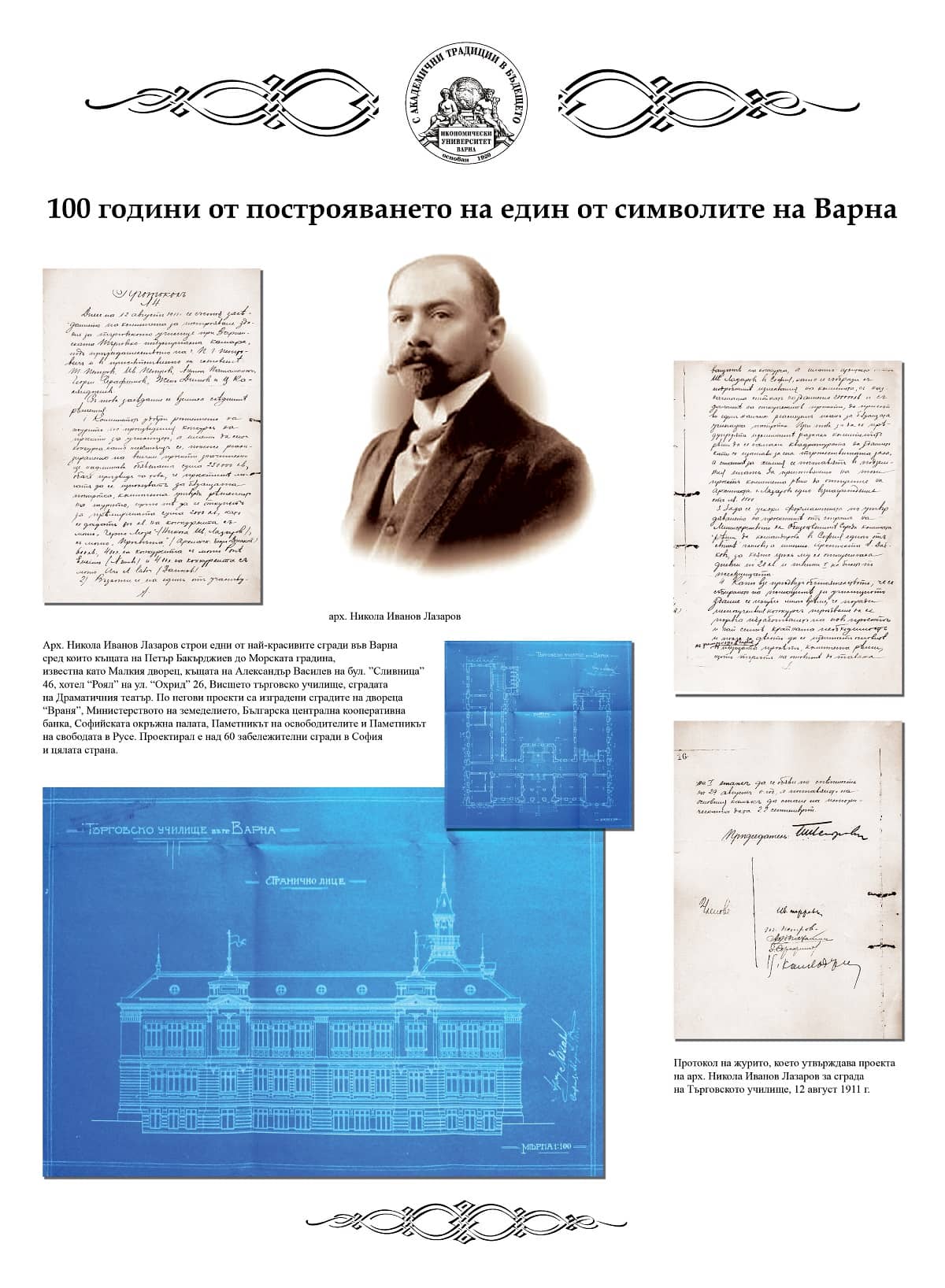 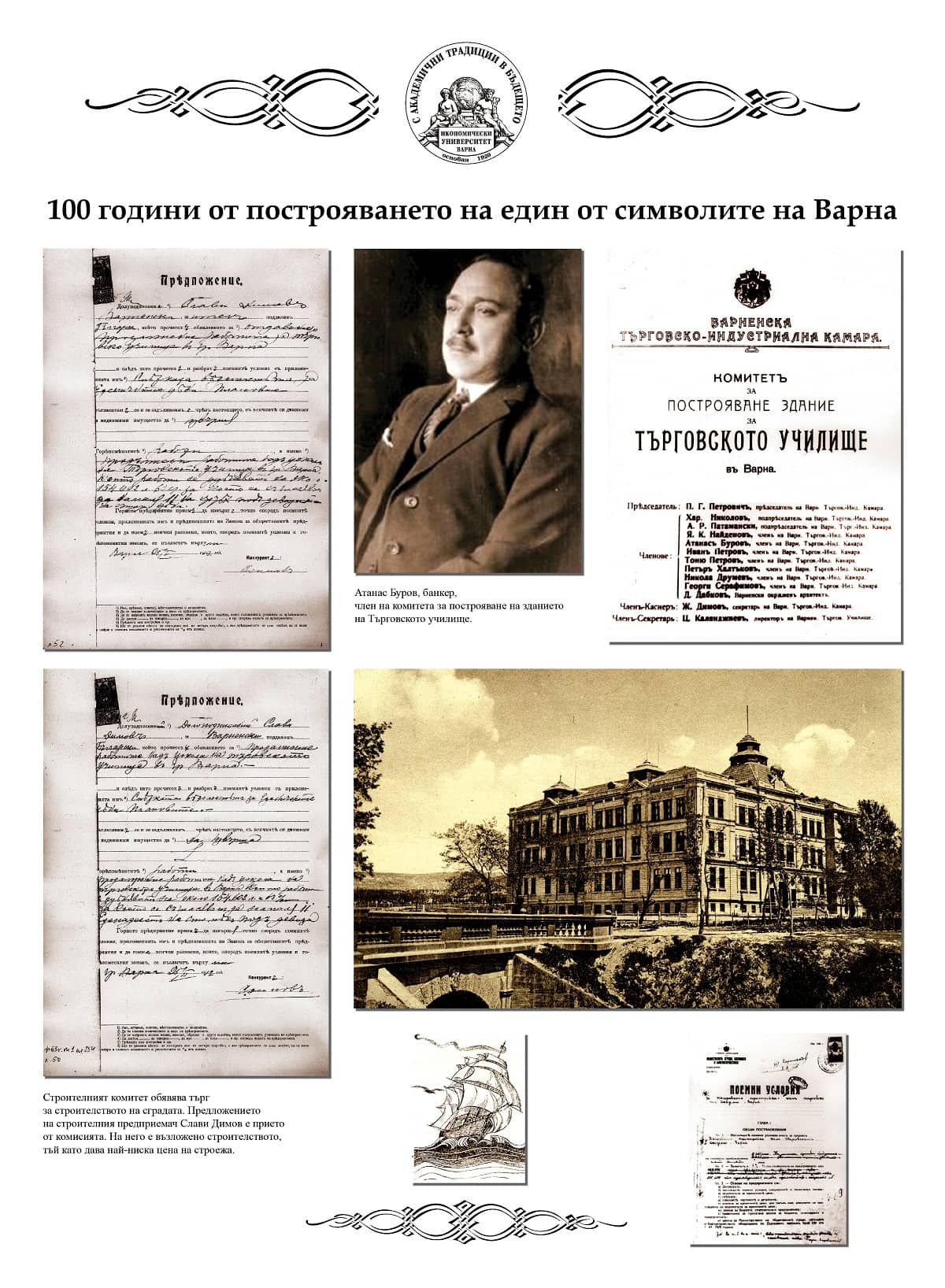 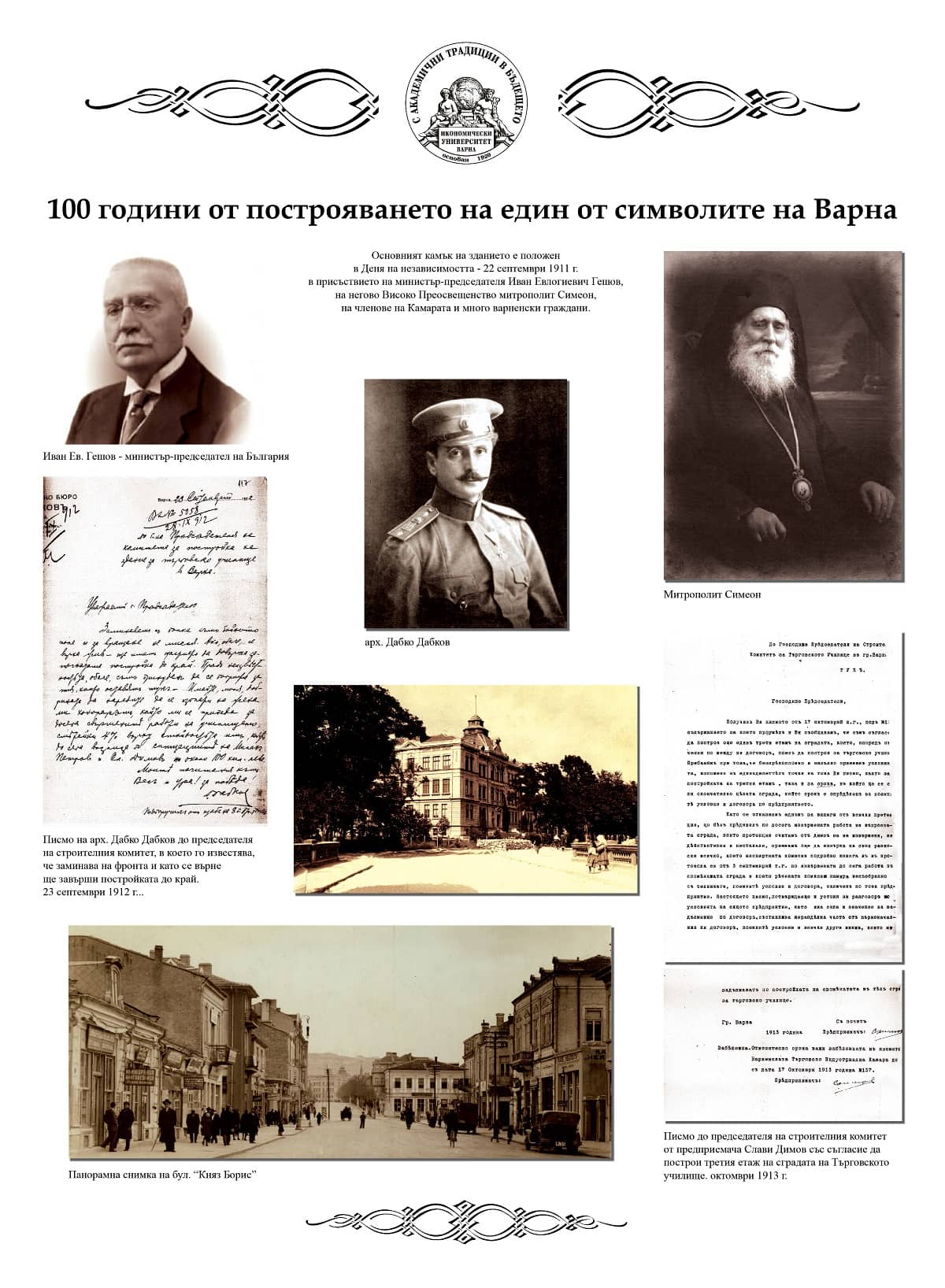 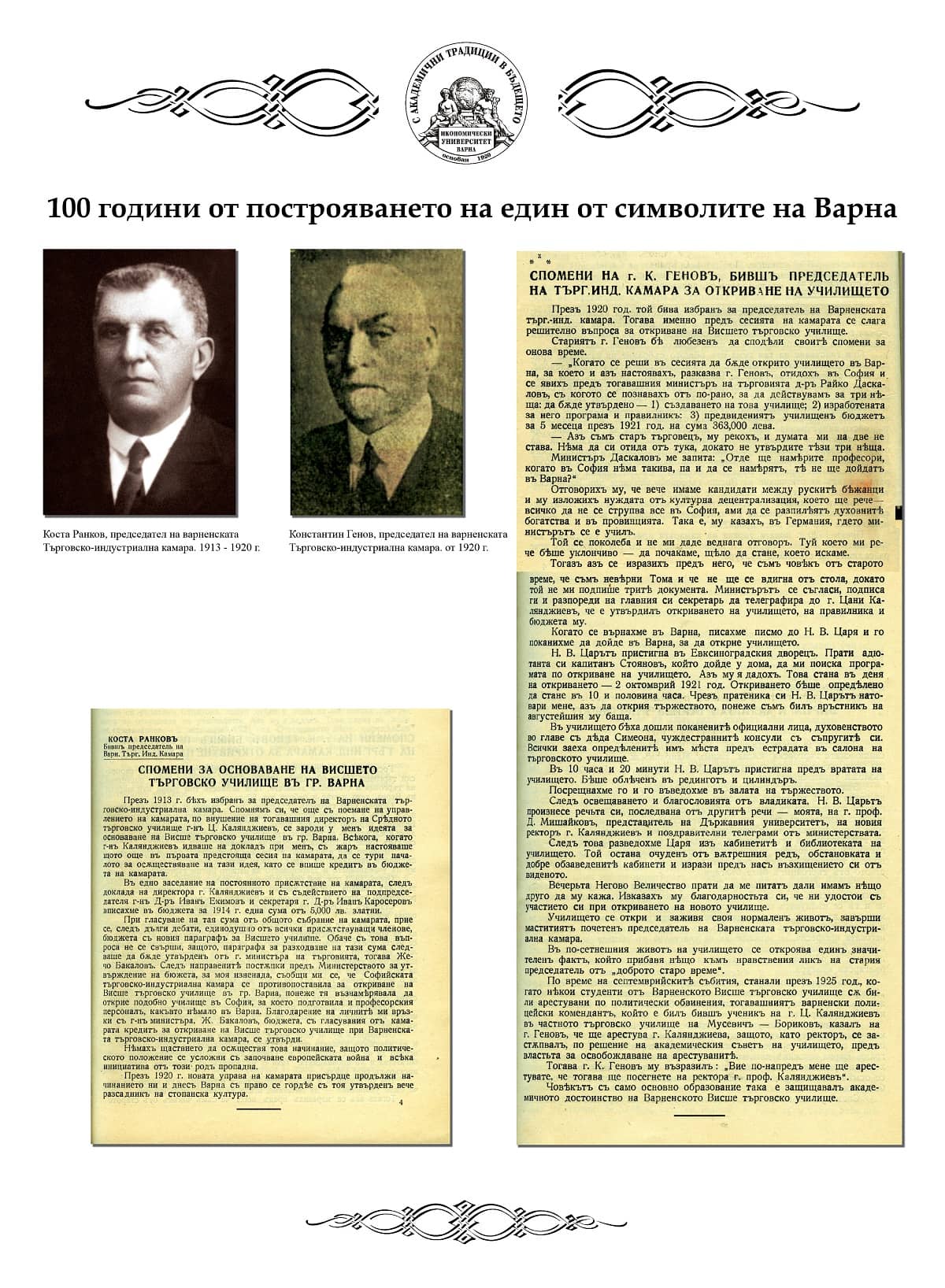 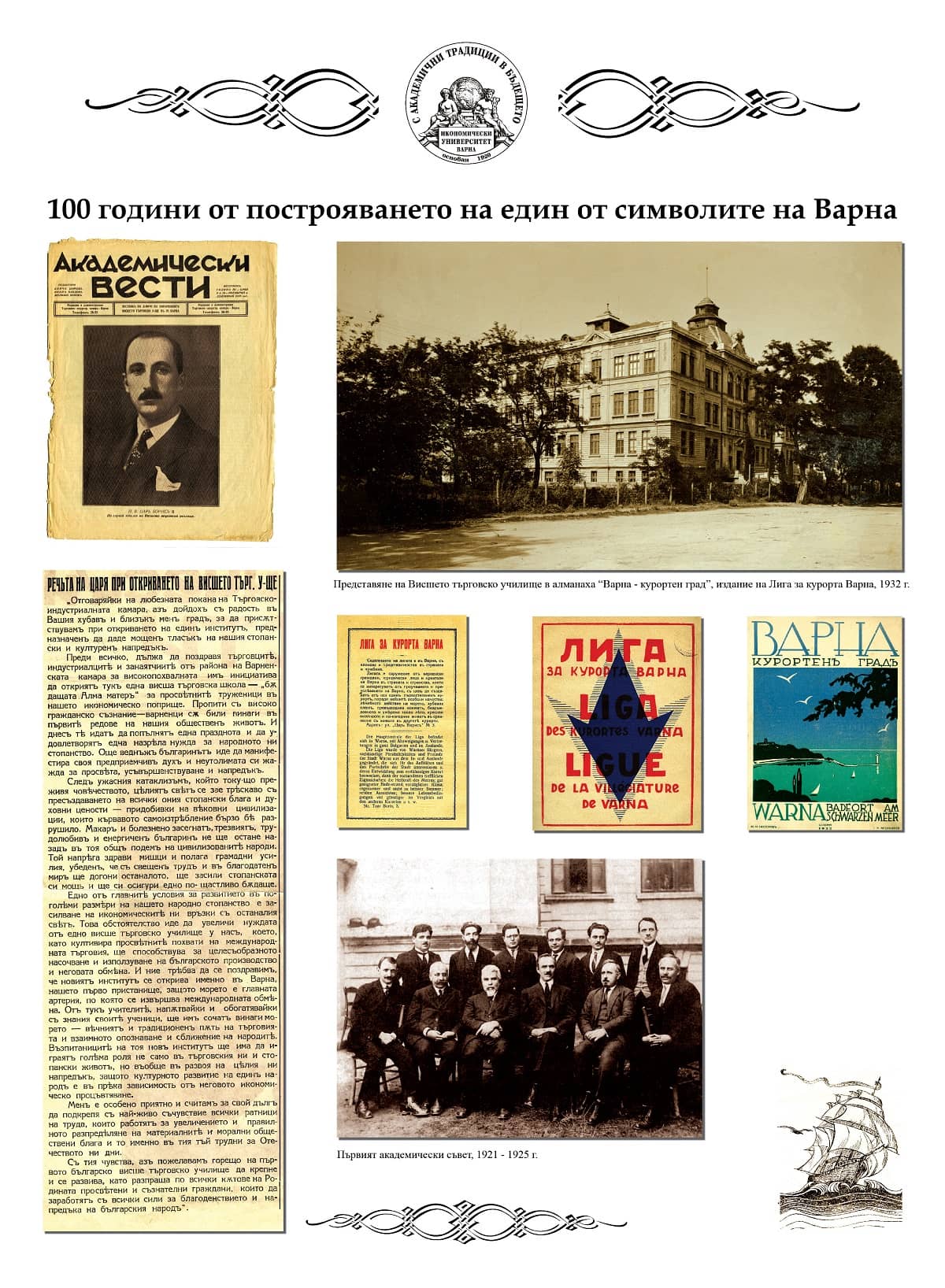 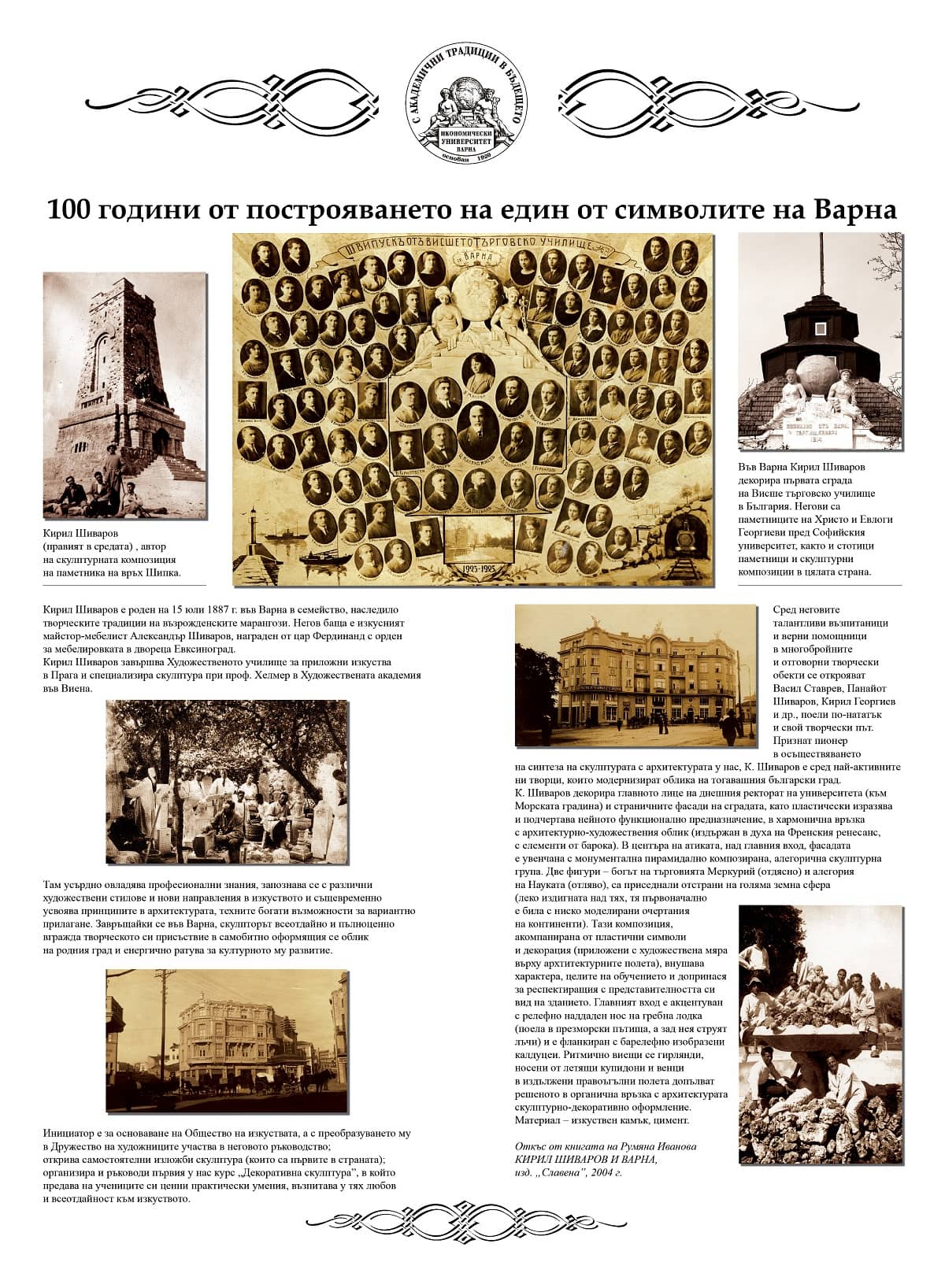 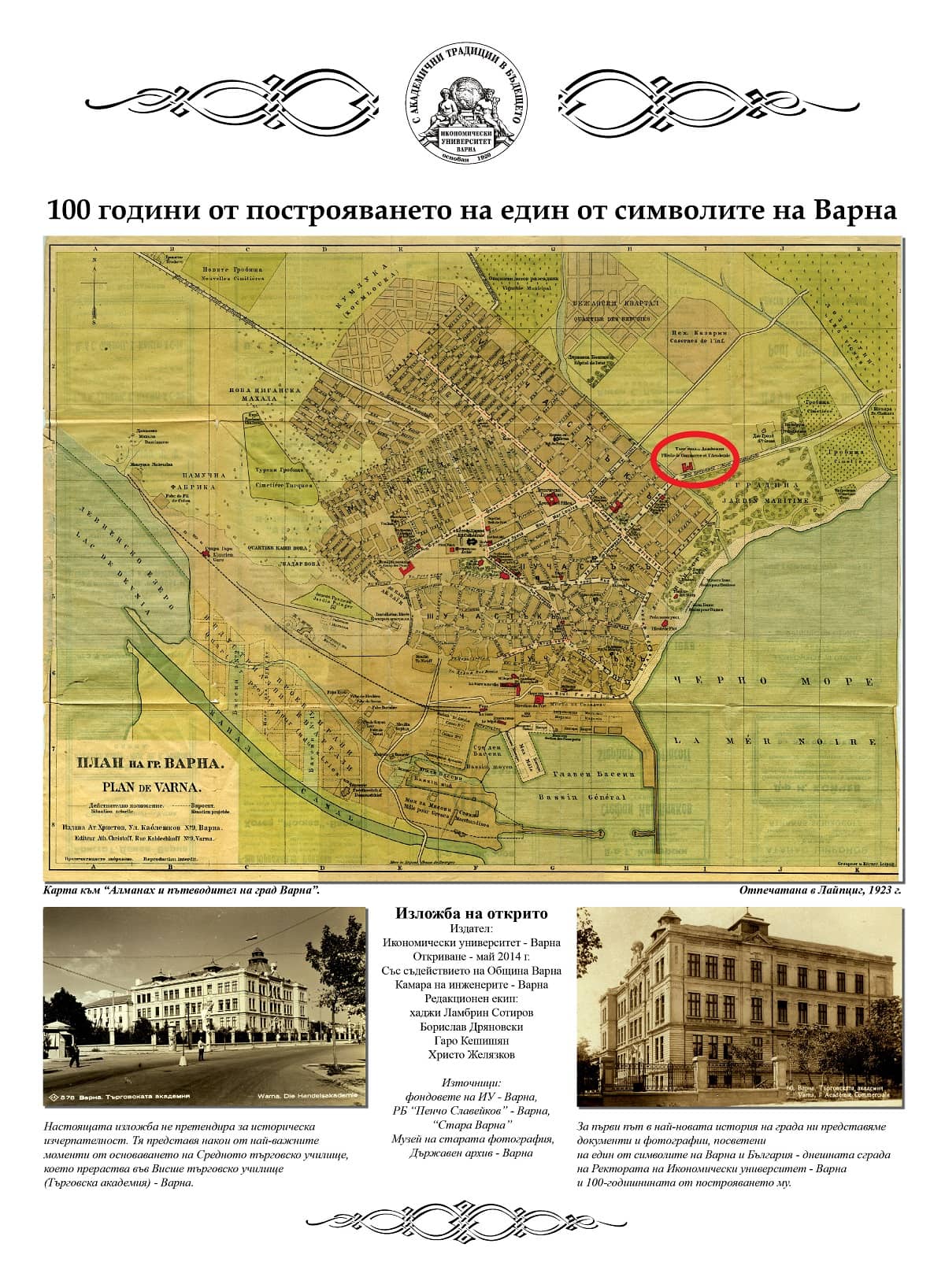 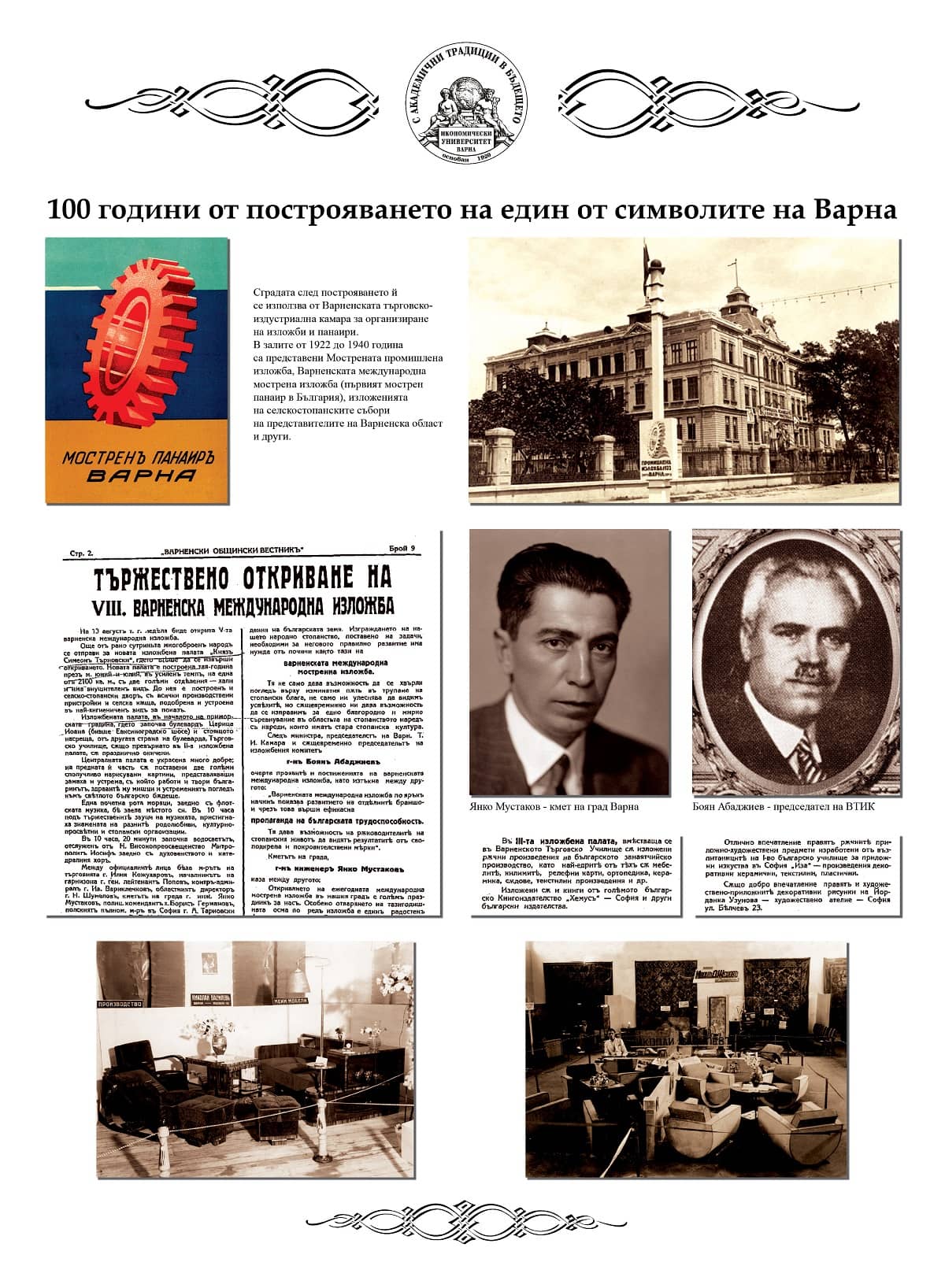 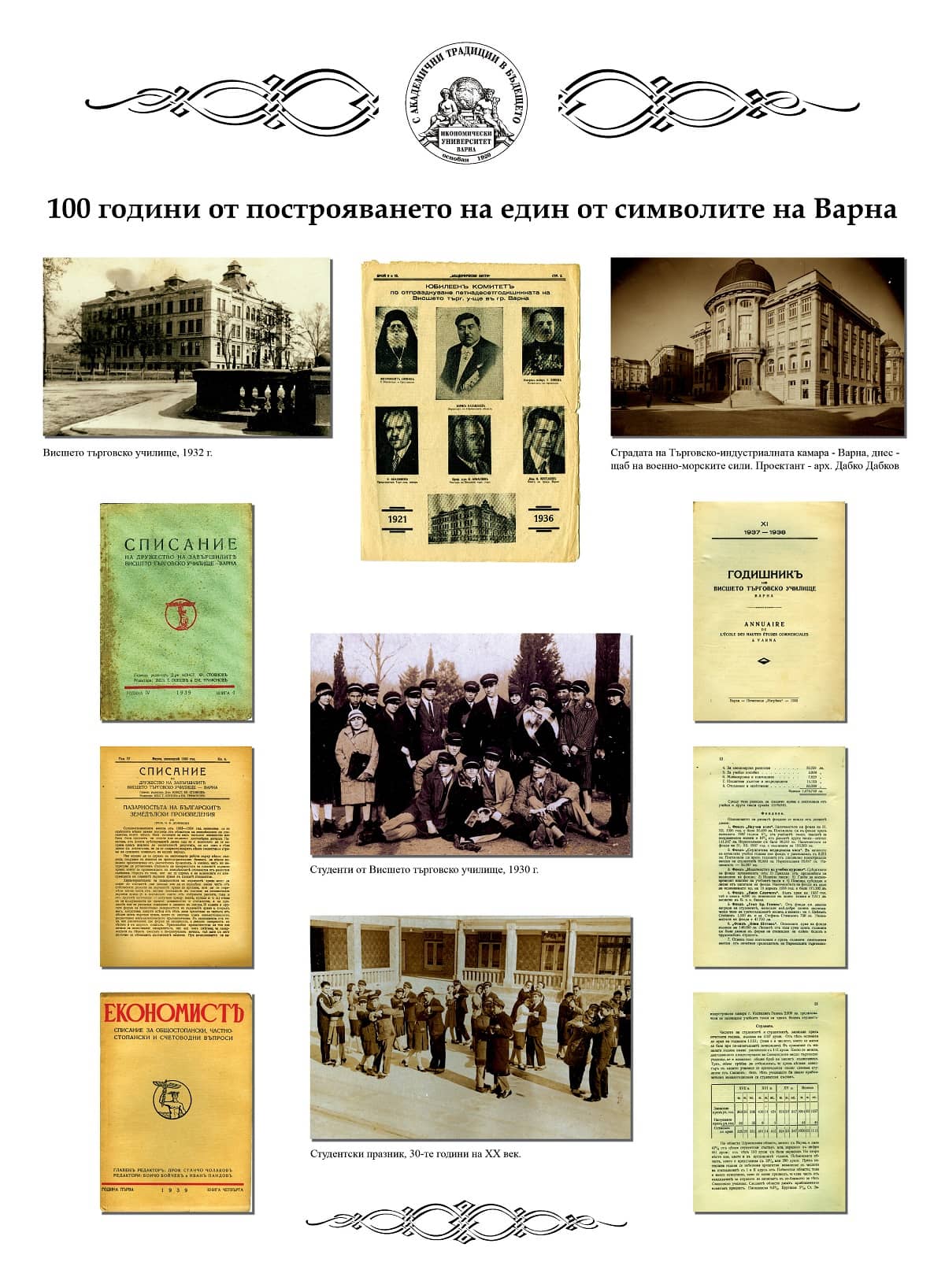 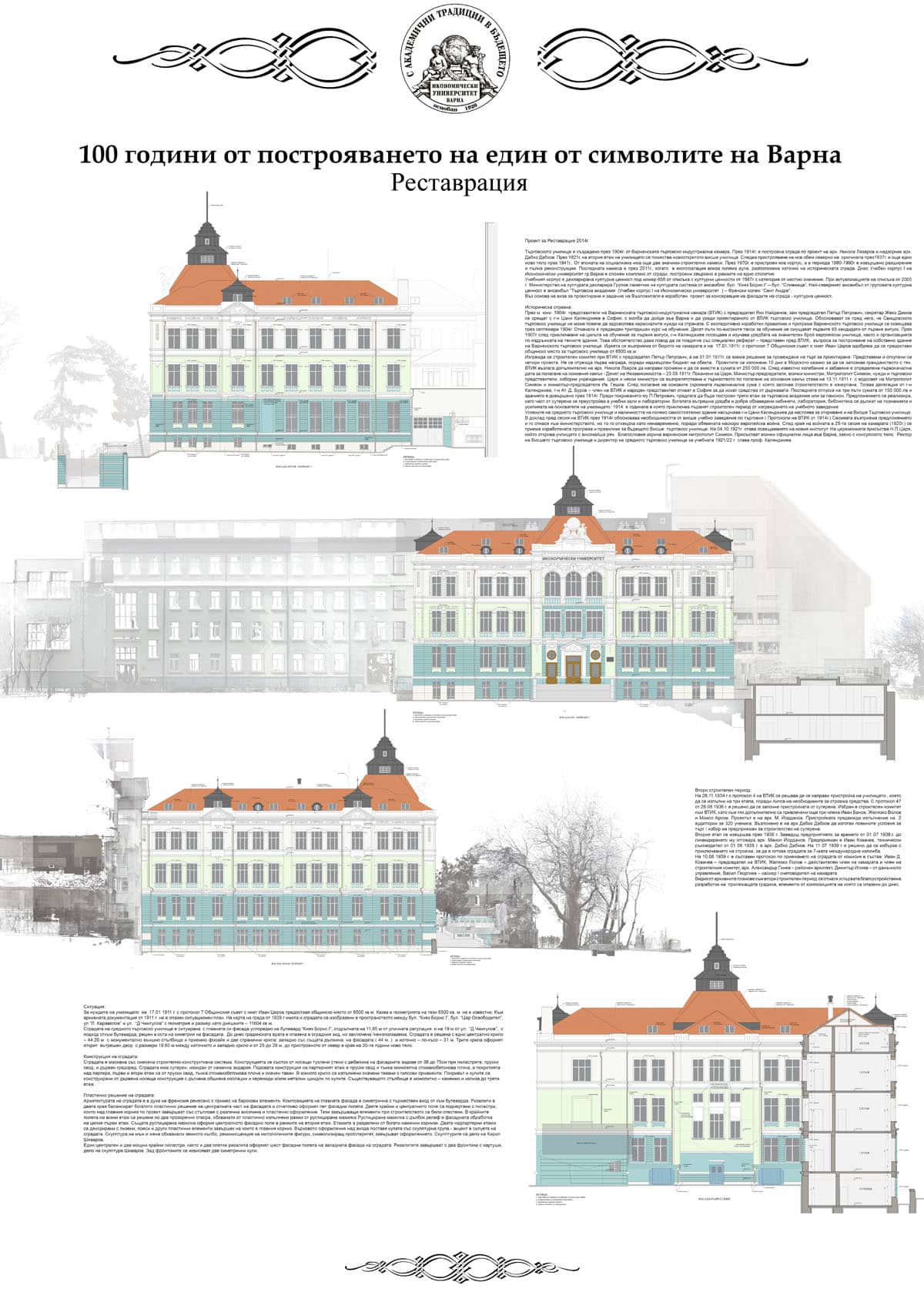 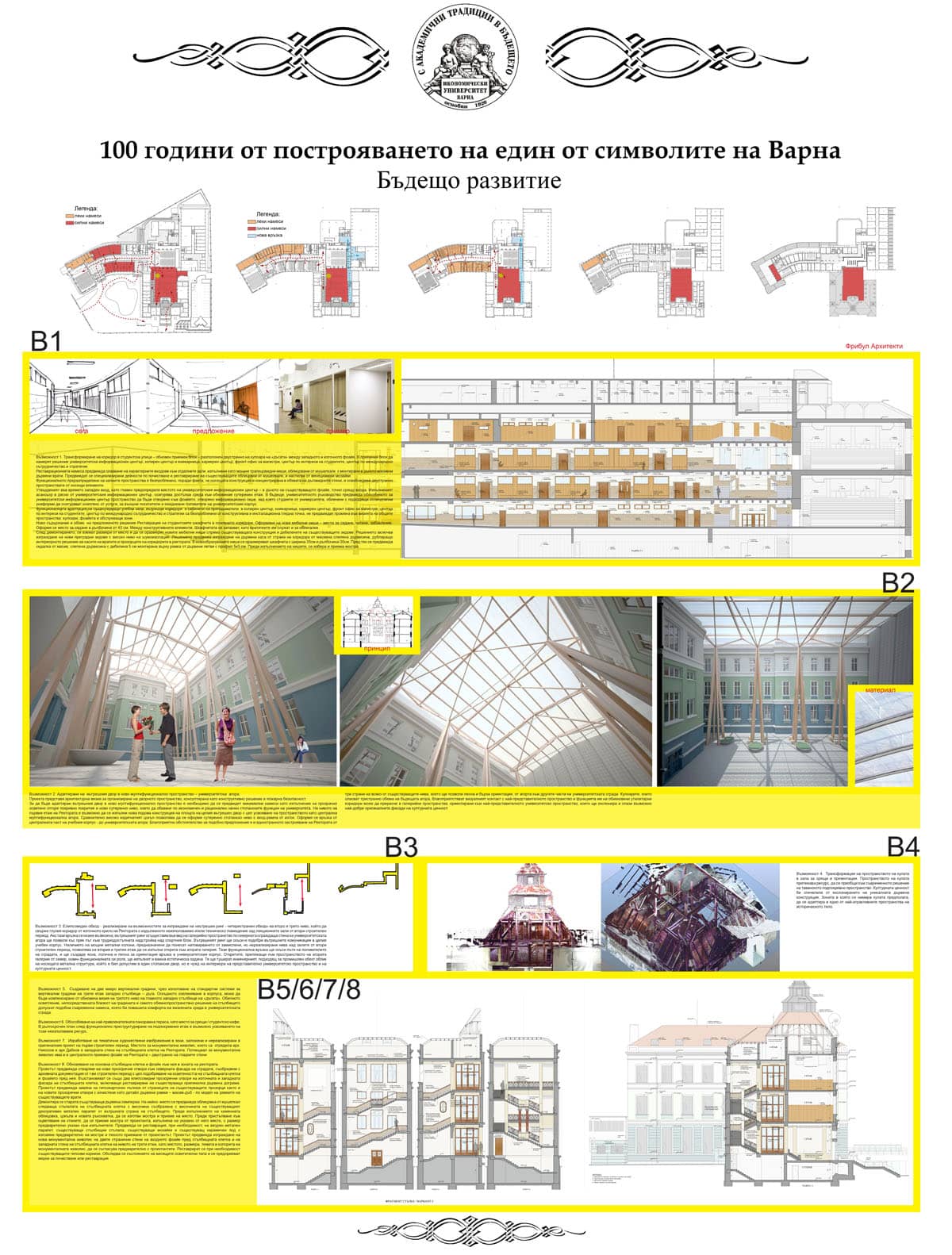 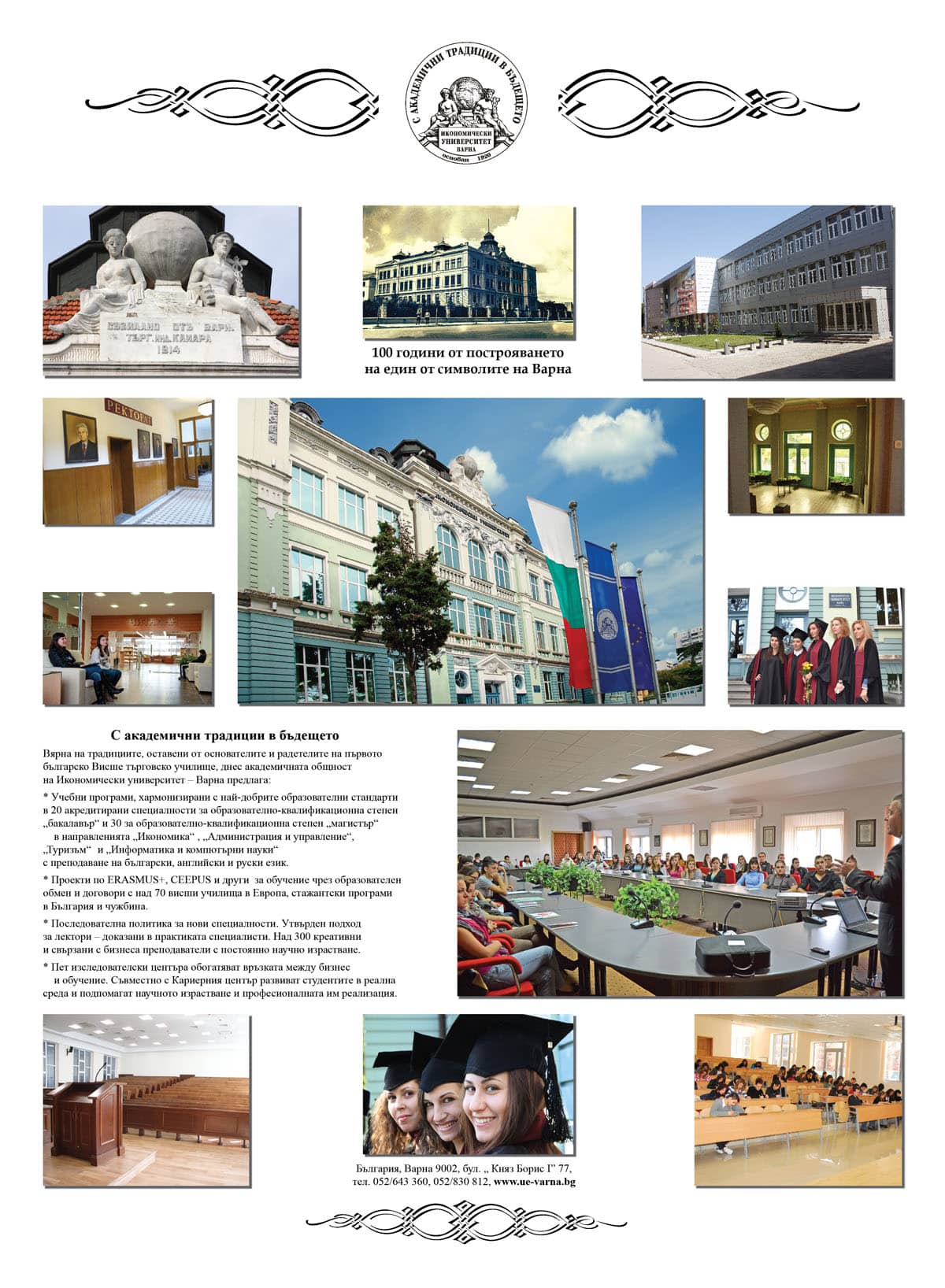 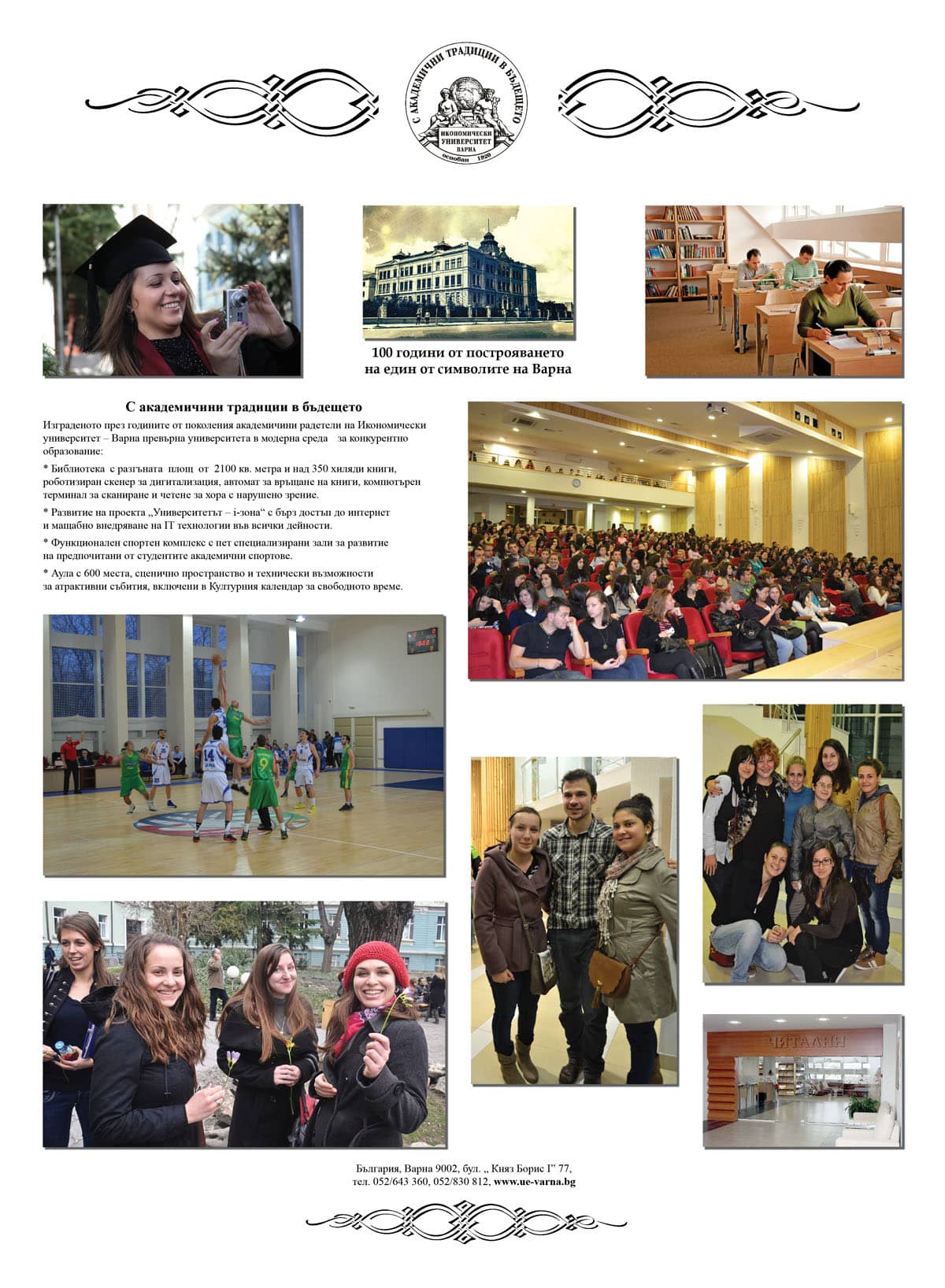